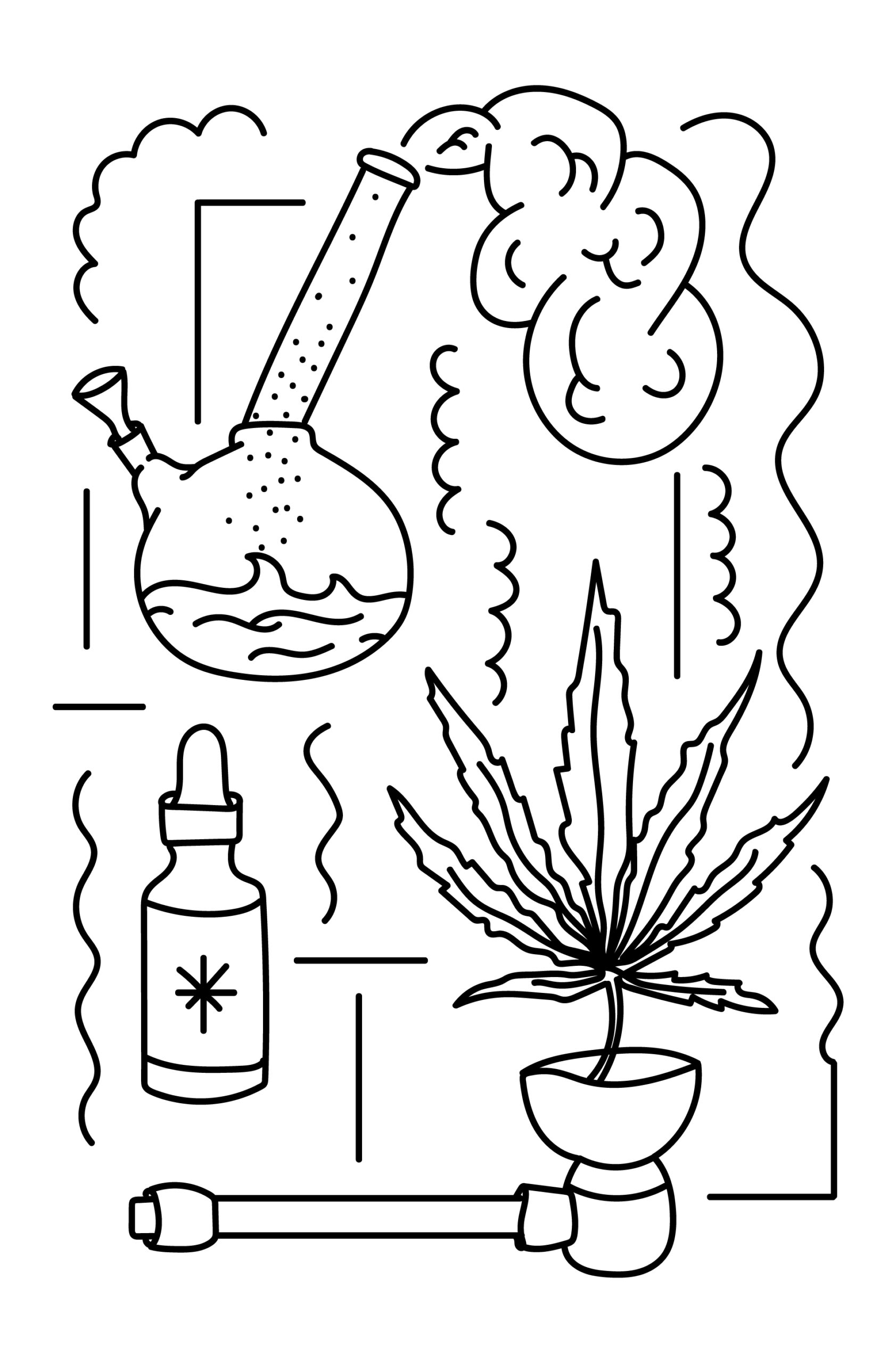 Cannabis is a popular drug all over the world. In the Netherlands it is considered a soft drug by law. What we classify as cannabis is: all products derived from the hemp plant, a plant that already was cultivated long before the common era for its fiber and nutritious seeds and oil. But with its healing and mind-expanding effect, the hemp plant can also be used medicinally and recreationally. The buds (dried out flowers of the female plant) contain the active substances THC and CBD. THC gets you high, and CBD mainly has a pain-relieving effect.

Cannabis is often smoked in the form of weed (the buds) or hash (the resin) and is sometimes eaten in the form of space cake. Smoking cannabis is unhealthy: much more tar is released from a joint than from a cigarette. So it’s better to use a vaporizer, which only releases steam. Another popular cannabis product is CBD oil, which is mainly used as a tranquilizer, painkiller or sleeping aid. Cannabis can be very addictive. According to High Human Yoëlle Jansen, the reason why you use is the most important: ‘For me, smoking a joint is the same as brushing my teeth. I do it every day and it is part of my rhythm. All that matters to me is that I remain critical of my own drug use. As long as I don’t smoke my joint to hide feelings, I know it’s okay.

Cannabis is ranked 9 out of 20 in Professor David Nutt’s drug harm index. The harm is mainly caused when smoking it, and for people predisposed to it, the use of cannabis can increase the risk of psychosis. Drugs are never without risk. For more information about this, we would like to refer you to Jellinek, where you can read more about: effects/ risks/ addiction.