Dancing with the stars and swimming in cocaine: The story behind the legendary nightclub Studio 54

Home » Dancing with the stars and swimming in cocaine: The story behind the legendary nightclub Studio 54 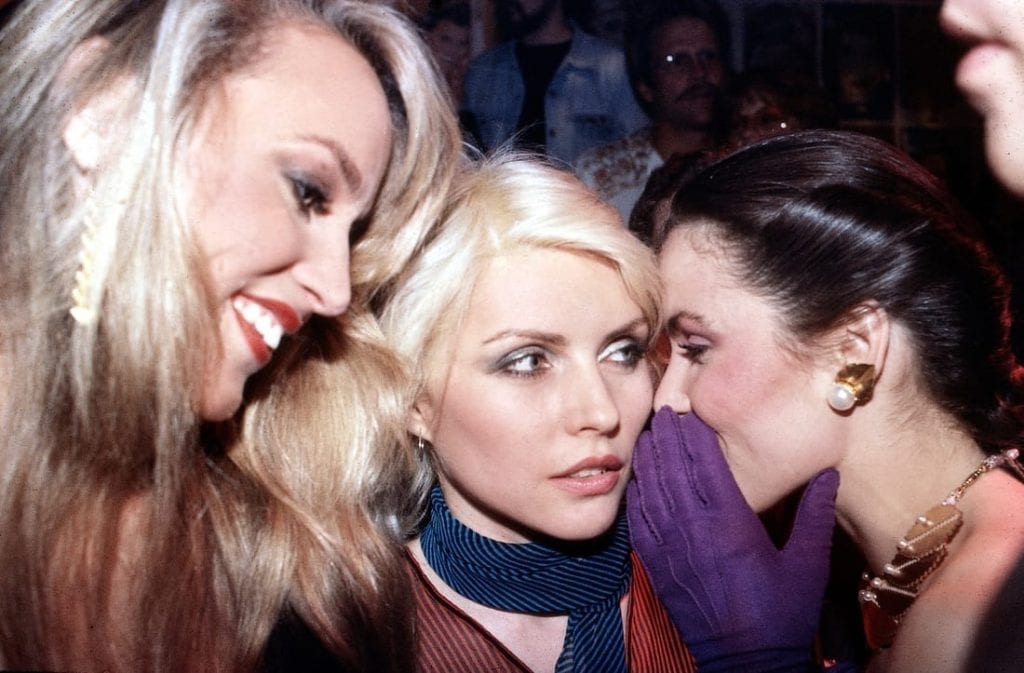 What do Andy Warhol, Liza Minelli and Michael Jackson have in common, besides their unprecedented celebrity status throughout the 70’s? Exactly. They all were frequent visitors of the exclusive nightclub Studio 54 in Manhattan. In 1977, the doors of this disco venue opened, and this would mean the start of a new era in American nightlife. Within the walls of this club a world arises full of stars, sex, disco, and lots and lots of drugs.

The seventies were avant-garde in many ways. It was the end of the Vietnam war, and the sexual revolution was flourishing. The gay scene was spreading in New York, and a new music genre emerged: disco. Clubs sprang up like mushrooms in a field, it was the time of Saturday Night Fever. People viewed disco as a way to forget their 9 to 5 problems. Two college friends, Steve Rubell and Ian Shrager, also became inspired by the zeitgeist. They were both from Brooklyn, and came from a Jewish background. They knew the city like the back of their hands, and opened a nightclub in Queens, called Enchanted Gardens. There was only one issue: The people from Manhattan (better known as islanders) wouldn’t want to be seen there.

Therefore, they decided to expand their vision, and conquer the island instead. All they needed was a venue. They weren’t entirely certain of their case, was this plan not too ambitious? But soon they would find a theater that would erase all their doubts. Two architects were hired (Scott Bromley and Ron Dowd), in order to turn this archaic location into a glamorous disco. Their job was to create something that had never been done before. In the meantime, Shrager and Rubell were working out their concept. The club was not made for bridge- and tunnel people, hereby pointing at the people living outside Manhattan. On the contrary. This club was designed for the rich and famous.  Andy Warhol got his own mailing list. A group of gays was mobilized to promote the club. Studio 54 had not even opened its doors yet, but was already notorious. Only the press were sceptical.

That cynical attitude, however, would soon change, upon the opening of the club. Legends like Cher were in line, but also Ivana and Donald Trump, true New Yorkers at heart, were seen at the venue. It was one big party, people were living the dream. As a guest you would enter a magical dimension that wasn’t meant for anyone. Studio 54 was the first club that worked with a strict door policy. The doorman was paid so well that he wouldn’t be tempted to be bribed. According to former visitors, the door policy was more like a casting agency. If there was already a similar type like you inside, you could easily be refused at the door. Therefore, the club worked like some sort of narcotic. You could easily get addicted to its exclusive nature, and its extravaganza. The theme nights at Studio 54 were particularly famous. For example, for Dolly Parton’s birthday, the club was turned into a farm, including animals.

Not only the music and exclusivity made Studio 54 special, also its lack of rules and regulations was unique within the party scene. Drugs were not just tolerated, but fully accepted. Co-owner Steve Rubell was often to be found at the bar, where he would enjoy a coke with quaaludes, a tranquiliser that became famous after the launch of ‘The Wolf of Wall Street’, where the movie characters use the substance as recreational drugs. The drug was also used by Bill Cosby in order to sedate his victims, before he would rape them. At Studio 54 there was one drug by far the most popular: cocaine.

Coke was cool, everyone at the club was doing it, even celebrities who would often pretend they never tried drugs when asked by the media. It may have been one of the most often used sentences within the club: ‘Hey, you got some coke?’ Money wasn’t an issue at Studio 54. Sometimes people roll up hundred dollar bills to take a line of coke, and throw it out after using it. Within the nightclub, the perception prevailed that cocaine wasn’t addictive or dangerous at all, it would only make you look smart and sexy. Therefore, it was fully accepted. The bartenders would often receive a gram of coke instead of tip, which they would pile up, and by the end of the night they would divide it among each other. With this stimulance it was very easy to party for nights, and that is exactly what happened. An ex-visitor described the moment of leaving the club after a wild night and beholding the sunlight, as ‘a vampire seeing light’.

Sex wasn’t a taboo either at Studio 54. The combination of being high and enjoying the music, made intercourse almost inevitable, according to former visitors. The balcony, which overlooked the dance floor, was decorated with rubber couches. This wasn’t an aesthetic, but rather a practical choice, because it was easier to keep clean. After a Saturday night at Studio 54, the place had to be cleaned thoroughly, as public sex was rather the rule than exception. Behind the loudspeakers and at the owners’ office were also popular places for a little ‘getaway’. Sex was everywhere; Rubell even organized a true ejucalation contest for his team of bartenders. Who could shoot the furthest, would win a trip to Barbados. However, these contests were kept privately, in the dark basement of the building. This was not the only secret kept hidden there.

Studio 54 was such a big success, that halfway through a weekend night, the cash desk had to be emptied because of all the dollars bulking out. The money would however not end up in the safe. Instead, Rubell would depart home wearing a big coat, filled with cash money. His neighbor got suspicious when he saw Rubell wearing the same coat on a warm New York summer day. Still, the Brooklyn boys were not oblivious. They would hide the tape on which the emptying of the cash desk after the first half of the night would be visible. However, while earning so much money, it would not take much longer before the IRS would show up at their doorstep. Of course it didn’t help that they declared only 8000 dollars, in comparison to the meager 3 million they would actually earn annually. When the Feds got hold of the fact that something wasn’t right at the decadent nightclub, a simple investigation regarding tax evasion soon transformed into nothing less than a witch hunt. This would lead to a political scandal, when in 1979 an article was published about Hamilton Jordan, one of Jimmy Carter’s trusted advisers, who had been seen doing cocaine at a popular nightclub in New York City. You can guess the name of the club: Studio 54.

Coincidentally, this was also the start of Ronald Reagan’s campaign, in which he introduced ‘The War on Drugs’ to the American people. Carter could absolutely not afford a scandal like this. Therefore, the story was covered up and the accusations were withdrawn. It was impressive how protective the press were, when it came to Studio 54, it was almost as if they had chosen a side. But it was too late. Not long after the publication of the article, the place was raided and both Shrager and Rubell pledged guilty for tax evasion. After they both earned a four year prison sentence, they decided to give one last party, completely in line with Studio 54’s grandeur. The evening was theoretically finalized with the song ‘My Way’ by Frank Sinatra. Rumor has it that Diana Ross lost a shoe that night.