Jaap Jamin: ‘When a substance remains unmentionable, you won’t be able to make rules with each other.’

Home » Jaap Jamin: ‘When a substance remains unmentionable, you won’t be able to make rules with each other.’ 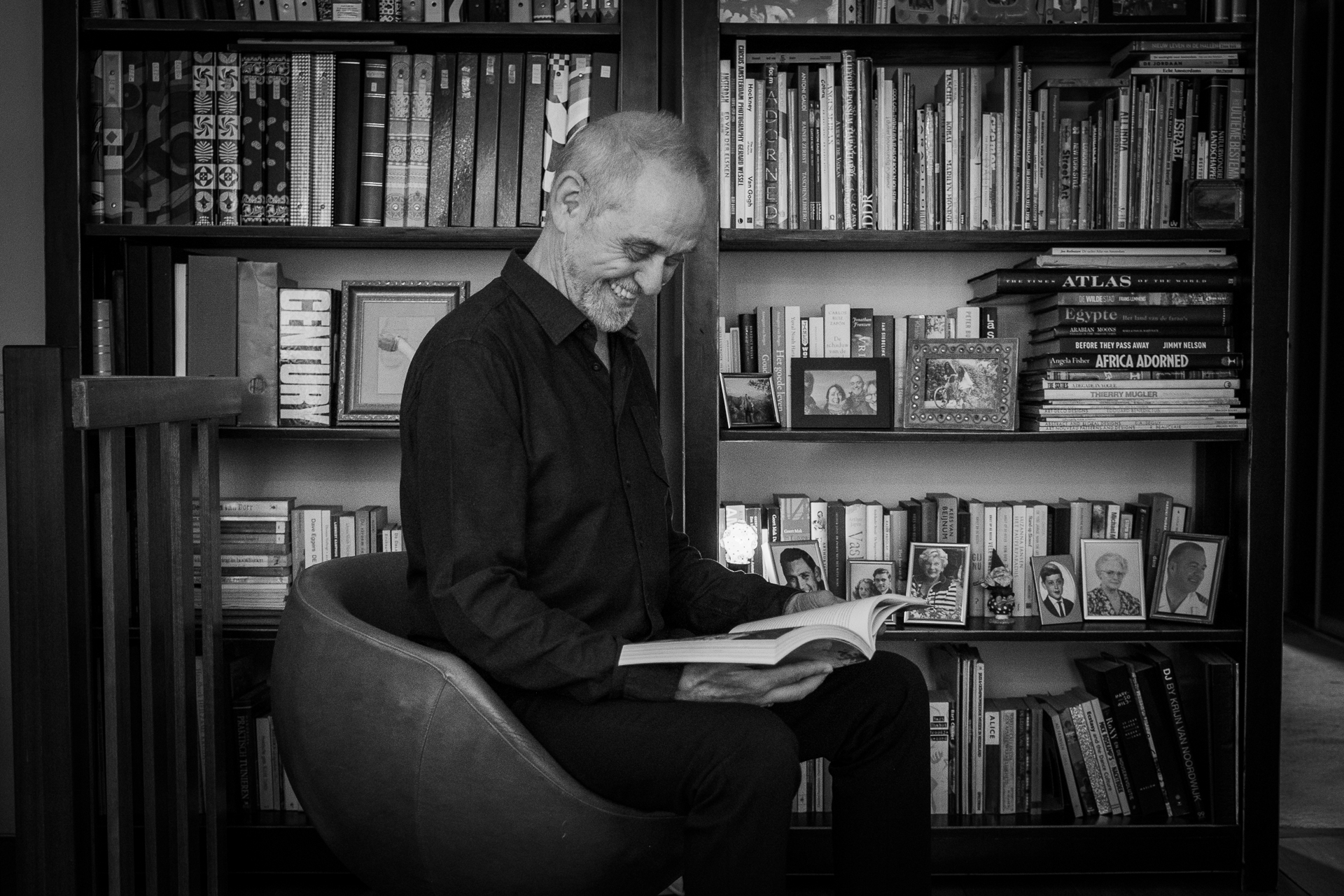 Make your point with some humor and base your arguments on science: that’s the way to realize true change in the drug policy, says former Jellinek prevention manager Jaap Jamin.

Who is Jaap Jamin?

‘Mind: Your Own Business,’ ‘Fight for the Right to Intoxicate Yourself’ and ‘Just Say Know’–a selection of the many catch-phrases Jaap Jamin (1953) devised with his team as the prevention manager of Jellinek. In the 36 years at Amsterdam’s substance abuse center, he witnessed the heroine wave, the rise of cocaine and the surge of XTC. He acknowledged that Holland’s progressive drug policy had to make way for a more repressive climate, but he never stopped fighting for the freedom to expand your mind and think differently. He retired two years ago. He closed off his farewell speech with the words: ‘Think for yourself, question authority and care about others,’ after  which he was knighted in the Order of Orange Nassau.

You wouldn’t say Jaap Jamin is 68 years old. With his lean figure and his ironic smile he looks as boyish as he did in 2007, when I brainstormed with him about an awareness campaign against zero tolerance on festivals. ‘I can imagine that not everybody likes to take place in this chair,’ he says on arrival in our photo studio. ‘At Jellinek, I’d always say: any drug you use, can be used against you. People often dare to speak more freely about drugs when they’re younger, but as soon as they get responsible jobs, you won’t hear much from them anymore. And you need decision-makers in your fight for a more progressive policy.’

That was partly why Jaap stayed at Jellinek for most of his life. ‘If I had everything in good order, I was speaking on behalf of the institute.’ In this position, he was able to make a meaningful contribution to a more open drug discourse. Together with the University of Amsterdam (UvA), he set up the Antenne–a yearly scientific survey of substance use under teenagers and young adults. And he started Unity, a project that offers on-site drug education, for and by people who love to go out. Not much has changed in the past forty years, he feels, but something has. ‘What I find positive, is that recreational drug use has been fairly normalized. For instance, it’s easier for you, I would imagine, than it would be twenty years ago, to find people for a High Human confession. But then I watch another one of those legalization debates, and then I’m thinking: we really haven’t made much progress after all.’

Educators of Unity at the location.

The fact that things are changing so slowly, has several reasons, according to Jaap. ‘As soon as you get religiously tainted political parties in Parliament, you get more anti-drugs crusading.’ Another reason, he feels, is the lack of vision among civil servants. ‘I’ve met a lot of people working for the government in my days, and not many of them were heroes. Most of them had no long term vision whatsoever. There was one in the late 90’s at the Ministry of Health, Welfare and Sports with a long term vision, but he left at some point. Around that same time, another thing happened: drugs have always been the responsibility of two different departments, the Ministry of Health Welfare and Sports, and the Ministry of Justice and Security. The Health department had been in charge until then, but then the Justice department took the lead.’ Depending on the political climate, there is more or less repression. ‘For the past years, the Christian party CDA has been in the coalition again, so they’re at it again with the crusading.’

‘As soon as there’s religiously tainted parties in Parliament, the crusading against drugs starts to rise again’

Jaap has also become disappointed in the parties who do support legalization. ‘Once in my life, I voted for D66, and that was when the Purple coalition was formed, at the end of the 90’s. They argued that cannabis should be legalized, and then they supplied three D66 ministers: one for the department of Health, one for the Justice department, and one for Internal Affairs. Well, it didn’t happen, did it? That’s because drug legalization is one of the first topics to get traded during negotiations to form a coalition. They simply didn’t find it important enough.’

The legendary slogan of Jellinek.

Fear of the Unknown

What also doesn’t help to reach a more realistic drug policy, is the strong anti-propaganda: a deadly mix of morality, misinformation and fear of the unknown. ‘You often hear people saying: “I’m scared of doing that.” They’re afraid to lose control. They exaggerate the risks and propagate that drug users are missing something in their upbringing or their brains. They believe that you’re guaranteed to end up in the gutter as soon as you begin; that you’ll become addicted within a week. And that’s what they’re crusading against.’ Rarely hindered by any scientific underpinning, Jaap says. ‘When it comes to COVID policy, the government keeps saying: “We’re guided by science!” Why isn’t the same true for this subject? But as soon as the topic of drugs is on the table, so called ethical concerns come into play. God, or someone else, tells us it’s not allowed.’ Jaap is also underwhelmed by the argument that users are responsible for the rise of environmental crimes, caused by illegal XTC labs. ‘That’s just reversing the blame. Users have blood on their hands? No, you are the ones with blood on your hands. You can turn me into a criminal, but if you would arrange this in a decent manner, none of this would happen. All you need to do is change the law.’

Freedom of choice is poorly regulated in the Netherlands, Jaap finds. ‘If you look at the amount of trust our government puts in its citizens? Marginal. There are those who argue 16 year old kids should be able to vote. Right now, they’re allowed to vote at 18, and they can vote in racist parties, they’re allowed to drive cars with which they can kill people. But if you want to make your own choice about something where you can minimize risk–as long as you inform yourself properly and take the right security measures–all of that freedom is suddenly out the door. That’s what I find so disappointing about the ‘liberal’ party, the VVD. I’m not a VVD voter, but I do consider myself a liberal. Their views on drug policy are completely contradicting the ideas of liberalism.’ He thinks this also has to do with the fact that people can start to think differently when they take drugs. ‘Not that you reach new levels of consciousness every time you use drugs, but governments always seem to fear a revolution of idiosyncratic, cross-grained thinkers and outcasts.’

‘Governments always seem to fear a revolution of idiosyncratic, cross-grained thinkers and outcasts’

Means to an End

Jaap feels that drugs have had a positive influence on him. ‘I didn’t drink any alcohol until I was 19, because I found it too worldly a substance. Until then, I was more a fan of LSD and cannabis. Still, I was a shy boy. In college, I started drinking, which made me more outgoing. After a while, I learned how to be extraverted without drinking. It taught me to move among groups more easily. Other substances like XTC and LSD have also taught me valuable life lessons. The only substance which really has gotten the better of me for a long period, but which, thankfully, I’ve quit using, was tobacco. And that’s the one substance which doesn’t teach you a damn thing.’

Jaap regards drugs as tools. ‘A substance should never be an aim in itself, but a tool to gain a certain experience and open doors within you, allowing you to grow.’ It becomes problematic as soon as you stop varying, he says. ‘If you only use alcohol for recreation, but don’t also go and see a movie or masturbate once in a while, you’re creating a problem. If the use of a certain drug is part of a palette, you’re pretty safe. Something can take the upper hand for a while, but if you manage to smoothen that out, it’s fine.’ Most people who take drugs, he says, are properly functioning citizens, who contribute to society. ‘Those are the types you’re speaking to right now, the recreational drug users who are doing just fine.’

‘A substance should never be an aim in itself, but a tool to gain a certain experience and open doors within you, allowing you to grow

Still there is–as some High Human’s confessions showcase–a small group that does get into trouble. Especially for this group, Jaap argues, an open drug discourse is crucial. ‘Using a substance to try and solve a problem only makes that problem even bigger. And secrecy is the key to creating a problem. This makes it impossible to agree upon any rules or standards with each other. If a substance remains a taboo, you can never create these codes of conduct. Except perhaps with your group of friends, with whom you might be already crossing the line.’

In his goodbye speech in 2018, Jaap envisions a beautiful future: ‘A world in which the government trusts its citizens and truly lets them decide for themselves, doesn’t demonize drugs and creates conditions in which consumption with the lowest possible risks becomes a reality. Where consumers are smart users, who maximize pleasure, monitor their consumption and reduce risks to the bare minimum. And if things get out of hand for a period of time, they heal themselves. With a decent health care system as a backup to help the small group of extremely problematic users getting their life back on track.’

‘I envision a world in which the government trusts its citizens, truly lets them decide for themselves and doesn’t demonize drugs’

I ask him how we can achieve such a future. How should our generation continue the battle that Jaap has been fighting for the last four decades? ‘I think you should make the group as big as possible, and you should also–as I stated before–find decision makers, who can really make a change from their position. Moreover, I’d suggest: keep it breezy. Don’t become this pigheaded person who’s always right, but make sure people can have a laugh, by making your point with some humor. And last but not least: base your arguments on science. One of the greatest pitfalls is cherry picking: only using the conclusions from science that fit your argumentation. Always stay critical of your own viewpoints, thoroughly examining the arguments of your opponents and asking yourself: how does this affect or change my own cause? This is the only way to fight an honest fight for a better drug policy.