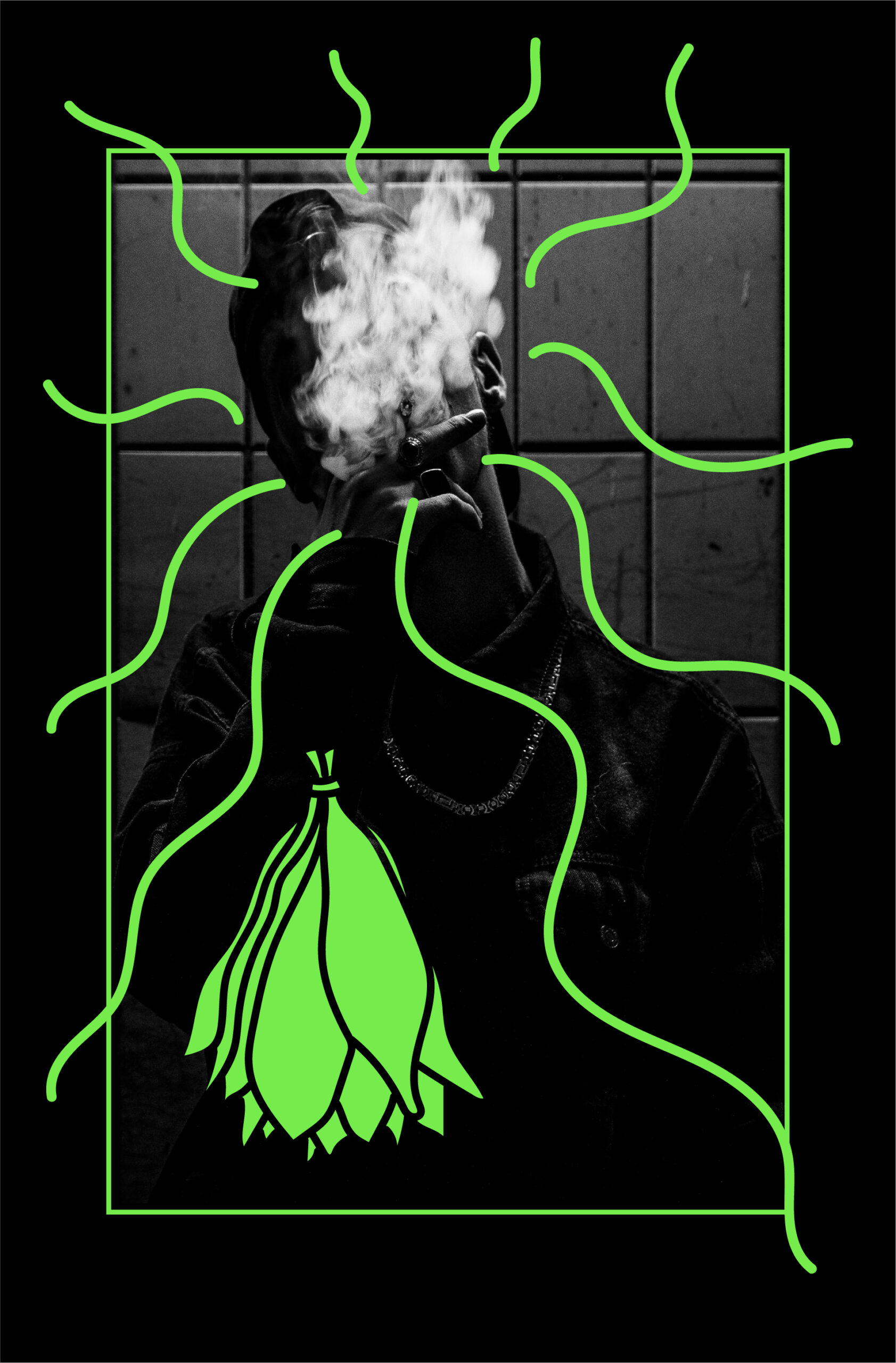 Tobacco is one of the most widely used narcotics in the world. Smoking a cigarette, cigar, or sack is legal and fairly normalized, while highly addictive and unhealthy; with prolonged use often fatal. The tobacco plant has been used as medicine by Native American tribes for thousands of years, primarily in ceremonial settings. Tobacco has a calming and relaxing effect and also gives you more self-confidence and sharper concentration. Smokers probably all recognize the smoking break at work, the cigarette after dinner or after sex as moments to relax.

In its commercialized mass-produced form, many chemicals are added to tobacco, which only make the product more addictive and unhealthy. That is why it is even more difficult to quit once smoking has become a habit. High Human Erik finds it hypocritical that smoking and drinking is allowed, while less dangerous drugs are illegally printed. “The harmfulness of tobacco and alcohol has been at the top of all studies into the effects of drugs for years. Yet it is precisely these resources that are simply available. That hypocrisy characterizes the current policy, it is no longer of this time.’

Tobacco ranks 6 out of 20 in Professor David Nutt’s drug-harm index. So it is quite a risky drug. Drugs are never without risk. For more information about this, we would like to refer you to Jellinek, where you can read more about: functioning / risks / addiction °

°) Highhumans.com is a platform where experiences are central. The opinions expressed in High Humans confessions are personal and subjective.